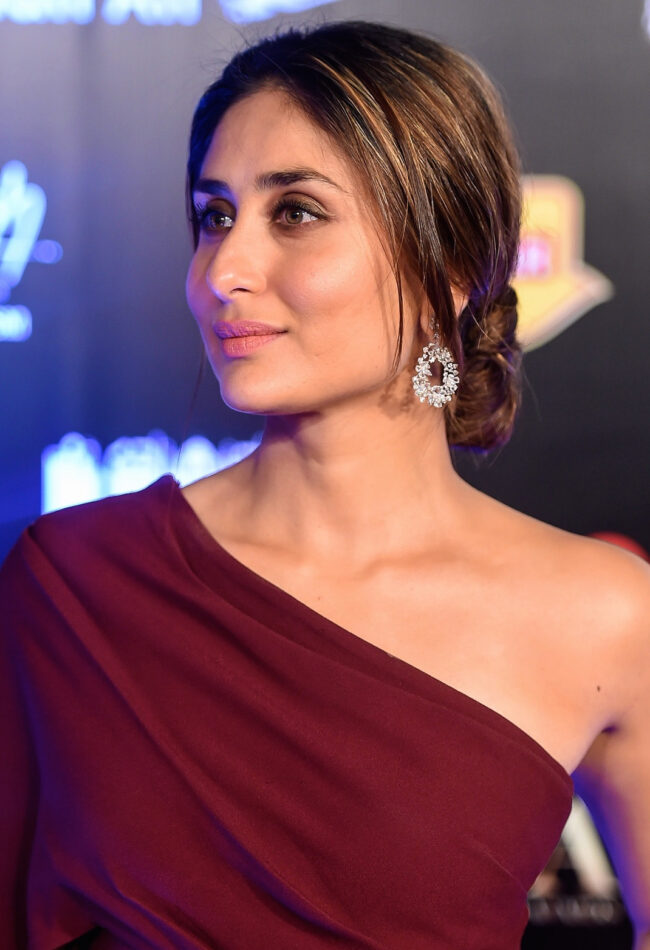 Kareena Kapoor Khan (Kapoor; born 21 September 1980) is an Indian actress who appears in Hindi films. She is the daughter of actors Randhir Kapoor and Babita, and the younger sister of actress Karisma Kapoor. Noted for playing a variety of characters in a range of film genres—from romantic comedies to crime dramas—Kapoor is the recipient of several awards, including six Filmfare Awards, and is one of Bollywood’s highest-paid actresses.

After making her acting debut in 2000 in Refugee, Kapoor established herself with roles in the dramas Aśoka and Kabhi Khushi Kabhie Gham… (both 2001). This was followed by a series of commercial failures and negative reviews for her repetitive roles. In 2004, a turning point happened in Kapoor’s career when she played against type as a sex worker in the drama Chameli. She earned critical recognition for her portrayal of a riot victim in the 2004 drama Dev and a character based on William Shakespeare’s heroine Desdemona in the 2006 crime film Omkara. Further praise came for her performances in the romantic comedies Jab We Met (2007) and Ek Main Aur Ekk Tu (2012), the thrillers Kurbaan (2009) and Talaash: The Answer Lies Within (2012), and the dramas We Are Family (2010), Heroine (2012) and Udta Punjab (2016). Her highest-grossing releases include the action film Singham Returns (2014), the comedy Good Newwz (2019), and the dramas 3 Idiots (2009), Bodyguard (2011) and Bajrangi Bhaijaan (2015).

Kapoor is married to actor Saif Ali Khan, with whom she has two sons. Her off-screen life is the subject of widespread coverage in India. Known for being outspoken and assertive, she is recognised for her contributions to the film industry through her fashion style and film roles. Beside film acting, Kapoor participates in stage shows, hosts a radio show and has contributed as a co-writer to two autobiographical memoirs and two books of nutrition guides. She has started her own line of clothing and cosmetics for women, and has worked with UNICEF since 2014 to advocate for the education of girls and an increase in quality based education in India.

A GUIDE TO HENS AND BUCKS PARTIES IN SYDNEY 0