Kajal Aggarwal Kajal Aggarwal (born 19 June 1985) is an Indian actress and model who mainly appears in Telugu and Tamil language films, in additi 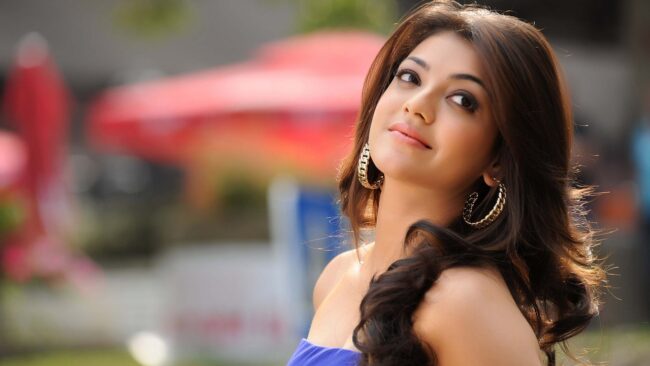 Kajal Aggarwal (born 19 June 1985) is an Indian actress and model who mainly appears in Telugu and Tamil language films, in addition to a few Hindi films.  Aggarwal has worked in more than 50 films and received two South Indian International Movie Awards.

Aggarwal made her acting debut with the 2004 Hindi film Kyun! Ho Gaya Na… and had her first Telugu film release in 2007, Lakshmi Kalyanam. In the same year, she starred in the box office hit Chandamama, which earned her recognition. The 2009 historical fiction Telugu film Magadheera marked a turning point in her career, earning her critical acclaim. It ranks among the highest-grossing Telugu films of all time and fetched her Best Actress nominations at several award ceremonies including South Filmfare Awards.

In 2020, a wax figure of Aggarwal was put on display at Madame Tussauds Singapore, making it the first of an actress from South Indian cinema.

Aggarwal was born and brought up in a Punjabi family settled in Bombay (present-day Mumbai).  Her father Suman Aggarwal, is an entrepreneur in the textile business and her mother Vinay Aggarwal is a confectioner,  and also Kajal’s business manager. Kajal has a younger sister Nisha Aggarwal, an actress in Telugu, Tamil and Malayalam cinema, who is now married to Karan Valecha (Managing director Golds gyms, Asia).

She studied at St. Anne’s High School, fort and completed her pre-university education at Jai Hind College.  She pursued her graduation in mass media, with specialisation in marketing and advertising, from Kishinchand Chellaram College.  Having harboured MBA dreams all through her growing years, she intends to achieve a post-graduation degree soon.

On 6 October 2020, Aggarwal announced her upcoming marriage to Gautam Kitchlu.  On 30 October 2020, the couple got married in a small, private ceremony in her hometown of Mumbai, India, with only the couple’s immediate families in attendance.

Kajal made her pregnancy official with an Instagram post and was also confirmed by her husband shortly. She gave birth to a boy on 19 April 2022, named Neil.

The CineMAA Awards are presented annually by the Movie Artists Association Group to honour artistic and technical excellence of professionals in the Telugu Cinema.
Winner

Vijay Awards are given by the Tamil television channel STAR Vijay. Winner

Awards given by Cosmopolitan magazine.

30th Anniversary of Pacman and Doodle of Google 0

4 Tips for Investing in a Vacation Home 0