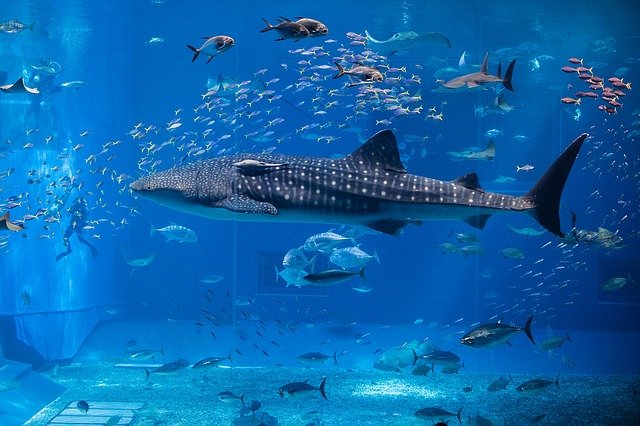 Whales are amazing creatures and despite the fact that they have been around for millions of years, we still know very little about them. As the large

Whales are amazing creatures and despite the fact that they have been around for millions of years, we still know very little about them. As the largest mammals on the planet, whales garner a lot of curiosity, particularly since they spend their time in the sea and cannot be easily studied. The following are a few facts that are sure to pique your interest, especially if you’re considering going on a whale watching cruise.

Blue whales and humpbacks are classified as baleen whales. Given their huge size, it is easy to think that they might swallow a person whole. However, it might surprise you to know that a baleen whale doesn’t have teeth. Instead they have large baleen hairs in their throat that they use to filter the water to feed. Their diet consists largely of krill and microscopic plankton.

Orcas are some of the most widely recognized whales due to their distinctive black and white colouring. Like other whales, orcas live in pods but they are extremely meticulous hunters. When it’s time for a meal, orcas can hunt together, much like a wolf pack; a whole pod will coordinate to bring down their prey with perfect precision. Their diet can vary from seals and dolphins to even beluga whales. Orcas are also known for looting fishing ships of their precious cargo too.

3. Whales Don’t Get to Sleep Deeply

Since they’re mammals, whales breathe oxygen which is why they surface time and time again. This is why sleeping can be a huge problem for them. Whales will only stay submerged and cat nap for a few minutes before they have to surface again. Depending on the type of whale it is, many can even stay submerged for 12 to 15 minutes. The sperm whale has the most unusual sleeping manner, choosing to slumber vertically in the water, with their heads pointed towards the surface.

While dolphins are extremely friendly, female humpback whales are also known to bond and have friends among their pods. They’ll have specific female friends that they will swim and lounge with, just enjoying each other’s company. Moreover, they will also introduce their calves to each other and often times help in raising the calves too.

5. Singing to Each Other

Blue whales and humpback whales converse with each other through songs. There are even different songs to convey different emotions. For example: During mating seasons, the males will have their own mating song, meant to attract a potential female. If the female likes the song, she will sing to the male and go on to mate. The frequency the song is sung at also varies from whale to whale. For additional whale facts, find out more here.

Due to the fact that whales are rather challenging to study, marine biologists are still uncovering all the mysteries that lie behind whales. While break throughs have been made to understand whales and their behaviour more, there is still a lot that needs to be uncovered.