The people who Who born in the 80s and 90s we don't have to tell them about the Pacman game. This is the most famous game at that time children were c

How Can I Watch Free Movies On Uwatchfree?
Rdxhd 2022 – New Hindi Hollywood Movies Download
Is Watching Movies On Hurawatch Safe?

The people who Who born in the 80s and 90s we don’t have to tell them about the Pacman game. This is the most famous game at that time children were crazy about it. This classic and enormously famous Pac-Man video game came out in japan on May 21, 1980, and by October of the year, it was released in the United States. In the game, the yellow pie shape Pacman character, who travels around the maze trying to eat dots and avoid four hunting ghosts, quickly becomes the most popular game of the 1980s. On May 21, 2010, the google doodle even featured a playable version to mark the 30th anniversary of Packman’s release. 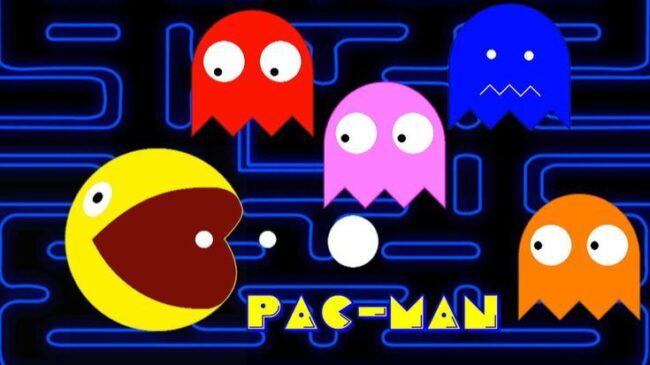 In 1980 the Japanese arcade game manufacturer Namo Limited introduced the world to Pacman. The lead designer was Iwatani Tohru, who intended to create a game that did not emphasize violence. The game concept was inspired by eating food. In Japanese slang, paku paku describes the snapping of a mouth open and shut, resembling a small pizza with a slice cut out for the mouth, and was given the name Pacman. The game was made challenging by a group of four “ghosts” on each level that always tried to catch and eat Pacman, Pacman was given “special pills” placed in the maze by eating them Pacman got the energy. By eating 240 dots you can cross the level and get a chance to relive if you eat fruits or any other life power pellets.

How does the Pacman Game work?

Like most of the games of the 80s Pacman was primarily made for the arcade, so the game was played with a joystick or keyboard arrows on a computer. the goal of the game is to move Pacman’s character around the screen to consume the 240 dots, to achieve the goals the players need to change the direction of Pacman who is always in motion. if you go beside the ghost you can be eaten by a ghost and you will lose the game, you got three lives and you have to use these lives properly. The four ‘ghosts’ have their names called blinky (red), pinky(pink), inky (light blue), and Clyde (orange). These four ghosts simply chase you, and you will find it difficult to save yourself because each of these four has its attack strategies. each ghost has its unique move like a chase, scatter, or frightened. Whatever information you collect about the ghosts you will feel it useless at a point because you never know what strategy they are using. Check them out as you prepare to revisit it on the Pacman 30th Anniversary.

What is the Google Update on the 30th Anniversary of the Pacman Game?

Pacman was designed as game for the kids. It has both good and bad characteristics that are colorful and make the game attractive. It is one of the best games which was specially designed for boys and the ghosts are referred to as the monsters. It was organized with arcade cabinets and inky, blinky, pinky, and Clyde are the ghost characters of the game. Each character has a different personality so that players never get bored with the PacMan game like blinky has a chaser personality it works like a lure Pacman.

Pacman 30th Anniversary Full-screen game is an arcade game and there are updates or beautiful features in this new version of the game like graphics and more charm agreeing with mobile and computer with this new version. This google doodle game allows us to play as single and multiplayer. Pacman 30th Anniversary has some amazing features like a full-screen mode, colorful characteristics, a retro-future design, and a special google map version with iconic green and yellow striped monsters. This Google Doodle Game has 255 levels and 256 A bugs that cause a player to die. This is not easy to cross all levels and reach 256 levels.

The Impact of Pac-Man

In 1980, an odd little game began appearing in arcades and shopping centers first in Japan and later in the US. the game featured a maze and colorful ghosts that look like an eaten cheese wheel. But it created a miracle at that time like anything that had come before it, it took the world by storm and changed the video game industry forever. Pacman was the first arcade game to utilize the concept of creating a mascot that would become the face of the game. Pacman becomes a global phenomenon, a cartoon, a top-ten pop song, spawning books, and hordes of merchandise from breakfast cereals to roller skates. The Pacman fever of the early 80s and 90s eventually broke but the Pacman never truly faded from children’s hearts. Pacman brought gaming into the mainstream now game industry takes gaming very seriously and targeted specifically serious gamers.

FAQs related to the Pacman game

Q1 What is the purpose of the Pacman game?

This is the classic arcade game, your purpose is that Pacman to consume all of the pellets (240 white dots) while avoiding the ghosts that continuously pursuing him. If a ghost ever watches Pacman then Pacman is defeated you have to restart the game.

Q2 How many different Pacman games are there?

Q3 why is it called Pacman?

The original Japanese name was Puckman, which evolved from the Japanese word paku, meaning “chomp”. Given the closeness to a certain explicit four-letter English word, a lot of arcade operators at that time were worried that vandals would alter the letters P. eventually,” Pac” was an alternate name.

Q4 what does Pacman stand for?

The game starring the little yellow disc was to be something closer to ‘Pack Man’ borrowed from the Japanese phrase “paku-paku’ which means gobbling something up. Unfortunately, the name got mistranslated when moved over to English, and for a brief period, the game was known as “Puckman”